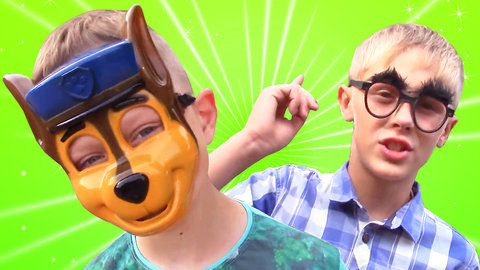 Be entertained with this version of the Five Little Monkeys Kids’ song featuring Paw Patrol character masks worn by the boys in this kids’ videos. Pretending to be the five little monkeys in the popular nursery rhyme, the boys jump and dance on a bench while Arina plays as the Mommy who calls the doctor because of the emergency. Kids will learn this song easily because they are having fun while learning at the same time. Catch the other videos created by Igor and Arina to learn more nursery rhymes at SeeZisKids.com.